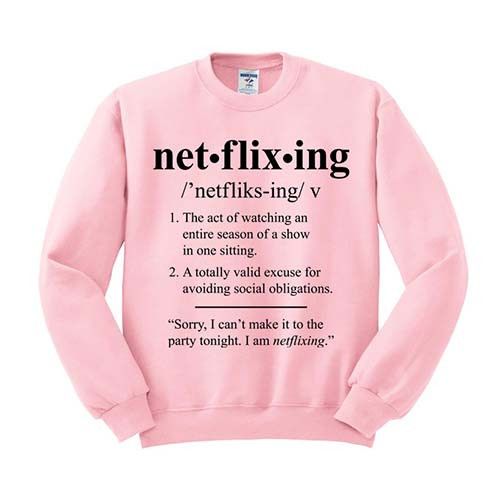 Which tv show should you watch on Netflix? The image with the t-shirt is so cute, the credits go to Bianca Pitton, I found it on Pinterest. When it comes to Netflix, I can definitely rely to that sweater. There is a lot of choice and sometimes it’s hard to choose which tv show to watch. These are the ones that I have already watched and that I wouldn’t mind watching again. Don’t worry, there are no spoilers here!

These shows reflect my taste in movies, these somehow fall into the  thriller’s category. 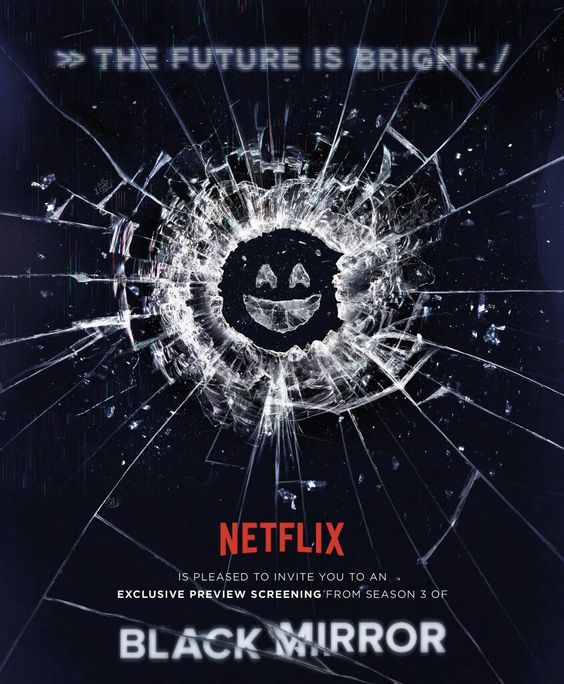 It’s a tv show that gets you addicted. It’s different from the others because each episode is like a short movie, the stories are not connected with each other, or not apparently at least. There are three seasons on Netflix.

It’s about how the humans react to technology, some episodes are contemporary  while others are in the future.

Some sceneries are quite disturbing, probably because there is a real chance that these could become true.

My opinion: Black Mirror shows how technology can  overcome our weaknesses as human being, without necessarily improve our lives. It gives the opportunity to think how technology and progress go together with perversion.

Expectations: It’s not a tv show for kids, some episodes are not for teenager neither. Don’t always expect an happy ending.  The quality of the show is high, the stories are good and intriguing. Also there are some well known names among the actors of Black Mirror. 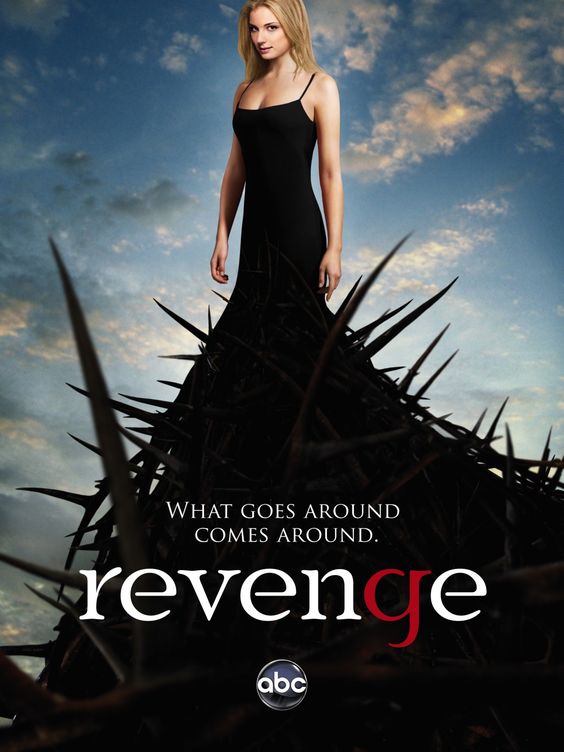 This tv show is one of my favorite. I love the story and  all the complicated characters in it. A girl is working to get some billionaire’s world to collapse.

Revenge is the story of the beautiful Amanda Clark/Emily Thorne.

She uses her double identity to get revenge from the people who ruined her life. Her father was framed by powerful people,  and he went to jail for a crime that he didn’t commit. Emily/Amanda is willing to do anything  to prove her father’s innocence.

The main character is beautifully plaid by the talented Emily VanCamp. The other main female character is her enemy Vitoria, a powerful woman who had a crucial role in her father’s story.

Amanda/Emily is not alone, she has her best friend who happens to be a talented hacker and a famous billionaire entrepreneur.

How far Amanda/Emily is willing to go to clear her father’s name? Find out in the 4 seasons on Netflix. 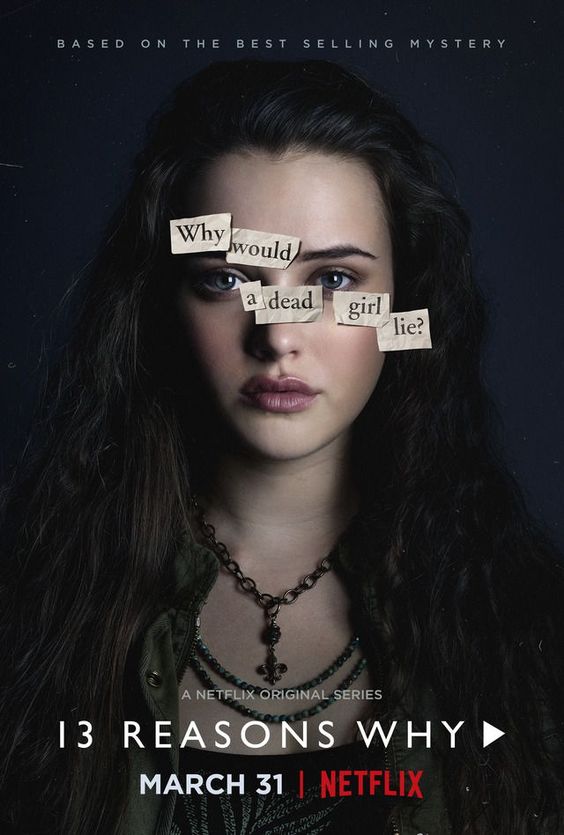 It’s a sad story, you know from episode 1 that there is not going to be an happy ending.

Hanna Baker sends 13 tapes before she commits suicide. These tapes are addressed to each person that was   involved in her choice of committing suicide.

We see the story from Clay’s side, Hanna’s former class mate, colleague and friend. He is also on Hanna Baker’s tapes and, while listening, he finds out what truly happened to her. I’m not here to spoil the details.

My opinion:  it’s not a typical teenage drama, but it’s a must-see for everyone. It made me realize that most of the times we see a person everyday, and we have no idea what that person is going through. It’s a must see for high schoolers, which are often victims or witnesses of acts of bullism at school. But it’s even more important that the parents of teenagers see 13 Reasons Why. There is a scary truth shown: most of the parents have no idea of what their kids are doing. 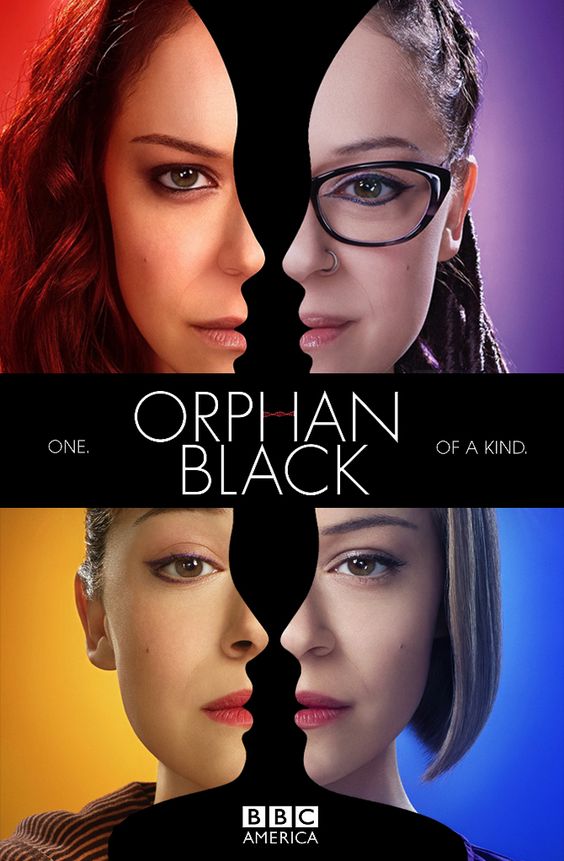 I’m afraid that anything that I say could be a spoiler. It’s a science thriller fiction. Orphan Black has an intriguing story that involves a bunch of girls who are all identical to each others.

They all find themselves cooperating, but they have completely different personalities and lifestyles. These identical girls have to struggle to survive while trying to discover the truth of their origins.

Tatiana Maslany is the main actress, she has a huge talent. It mustn’t be easy to play so many different roles in every episode. I was impressed by her ability to switch the accents, she is absolutely brilliant as an actress. I’m not an expert, but each character has also it’s own mimics and movements.

Also the make up artists and the hairstylists who worked on this show, did a great job. 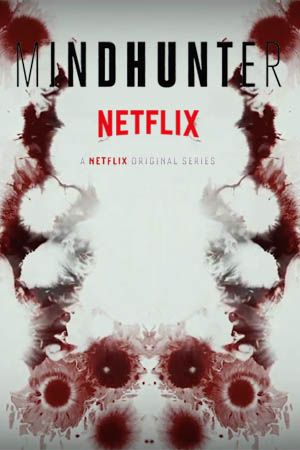 One season of 10 episodes to watch on Netflix. Mindhunter is a crime drama where an FBI agent catch the criminals through the study of their psychological issues. The genre reminds me a lot of Criminal Minds, which I am a huge fan of.

Mindhunter is set in 1977, it shows the start of criminal profiling at the FBI. If you like crime dramas, the 70s, psychological thrillers: this tv show is for you!

I hope you enjoy these series on Netflix! Let me know in the comments if you have already seen these ones, or which tv shows that you are currently Netflixing/watching.

10 thoughts on “What tv shows are on Netflix”

We use cookies to ensure that we give you the best experience on our website. If you continue to use this site we will assume that you are happy with it.Ok
Follow my blog with Bloglovin